I am writing you today to try and convince you to convict former President Trump.  I know that this will more than likely fall on deaf ears but if I don't try it will haunt me so here goes.

Sen Cruz, I know I am at the bottom of the list as one of your constituents.  I'm not ashamed to say that I voted for Beto instead of you in the last election.  But I voted and therefore I have a voice.  I don't have money or power, but I do have a voice!

I know you are focused on being President.  I know you are hoping to turn those Trump republicans into Cruz supporters but I'm going to be frank with you: it isn't going to happen.  You, Sen Cruz, are not White enough, are not extreme enough, and Trump has previously made fun of your family and you instead of standing up like a Texan licked his boots so you are not strong enough.  Those Trumpist will not back you.  You need to be the counter to people like Sen. Hawley.  A republican who stands on his own feet, on his own morals.

Sen. Cruz, I am a long time critic, I'm not going to deny it.  When you come up for re-election, I will do everything in my power to help whoever is running against you.  I pray that before this session of Congress is over you won't be my Senator but I also recognize that right now you have the power so here I am.

What exactly do I want from you?  A secret vote on to convict on impeachment to liberate everyone to vote their conscience.  Sen Cruz, I honestly believe you have a good moral center.  I'm told time and time again that I'm wrong but sir, I believe in your raising.  I believe that justice is more important than ego.  I believe that deep down you do too but that you are now painted in a corner.  If you publically come out against Trump, you will lose any chance at the Trump crowd and therefore the presidency.  I get it you have dreams and aspirations.  In this country, we believe if you work hard enough, anything you want can be yours.  That is why your dad immigrated, right?  I know that is why my parents left their home country.

Along with a secret vote, I want you to vote to convict Trump.  Do it because it is right.  Do it because it sets a precedent you can use on the Democrats later.  Do it because 5 people died on Jan 6th and they didn't have to die.  People were content to be heard on the mall at the rally.  It was then President Trump who encouraged them to go to Congress and attack.  Sir, please understand I believe in protesting.  It is our right as Americans but attacking public officials conducting the business of America is not protest, it is insurrection.

As for you and your role, history will condemn you.  People like me will be working to replace you.  But until that time, you are my Senator and therefore I implore you to listen to me.  A secret vote and to vote to convict.  History has its eyes on you.  Choose wisely, your legacy, and the fate of our beloved country rests on your shoulders.

Signed, A Voter from Texas 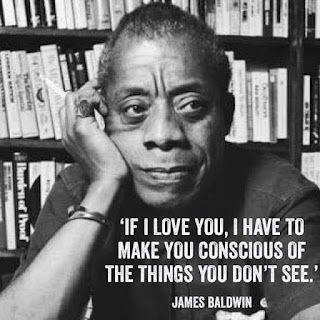 Posted by Martha at 8:19 AM No comments: