So I decided to spend a few bucks on ads on Facebook for the Pain in our DNA post and not surprising, I got some negative feedback.  2 people took the time to leave some feedback on the Facebook page.  DH told me to engage them with some negative feedback of my own but that really isn't the point of this blog.  I'm tired of being negative.  I want dialog.  The comments, "BS" and "Violence is the primary tool of the incompetent" are not asking for dialog.  They are trying to tell me I'm wrong period.

I'm sure you guessed those were left by White men.  No research to back up their views.  The guy with the "BS" comment didn't leave more information as to which part of my argument is BS.  The lack of credible evidence?  The general idea that we can write on our DNA?  The idea that a brown woman can be educated?  There are so many points to call bullshit on, he didn't leave me more information.  According to DH the other comment is actually a miss quote.

This really just made me turn and lean into my Brene Brown reading.  Those people don't count.  They are not in the arena taking punches while expressing their views and laying their heart on the line.  They punched at me and ran.  They decided they had the privilege of yelling at me and running and more than that, I deserved to be punched and yelled at because I expressed something different from their views.

I am privileged.  I am educated.  I have access to resources and studies, as well as the skill, to find hard science to back up what I am saying.  I have an extra $10 to buy my domain.  I have enough skill on the internet to write and publish my musings.  I know this is privilege.  I am also highly educated.  I am part of the 2% of Americans with a doctorate.  So yes, it actually is Dr. Wetback American.

More than any of that, I come from a background that means I have pushed and pulled myself out of poverty.  I am married to an amazing Black man and that gives me access to yet another group of people.  I have access and privilege but I don't have the level of privilege as most White men.  I can and will continue to express my experiences, views, and most importantly my fears.  Why my fears?  Because Dr. Wetback American lives surrounded by danger and at the end point of hate.  Why?  I was born brown in American and then had the audacity to reach for the American dream.

I have been held back from my father at the US/Mexico border.  I have lived terrified of the "Migra."  I have watched as back-up was called on my husband because we were lost in the wrong part of town.  We have been questioned and asked to prove we own an iMac by the police.

I'm not saying I'm right.  What I am saying is let's talk.  I have lived experiences that you haven't.  I want to hear your experiences.  I want to remove the shame of past experiences and promote healing.  I want to engage in dialog in the arena. 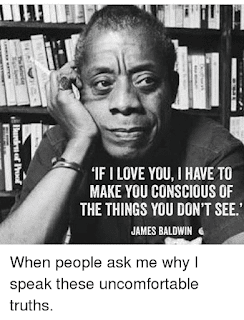